Tian Tan, the Temple of Heaven

The Summer Palace and Kunming Lake 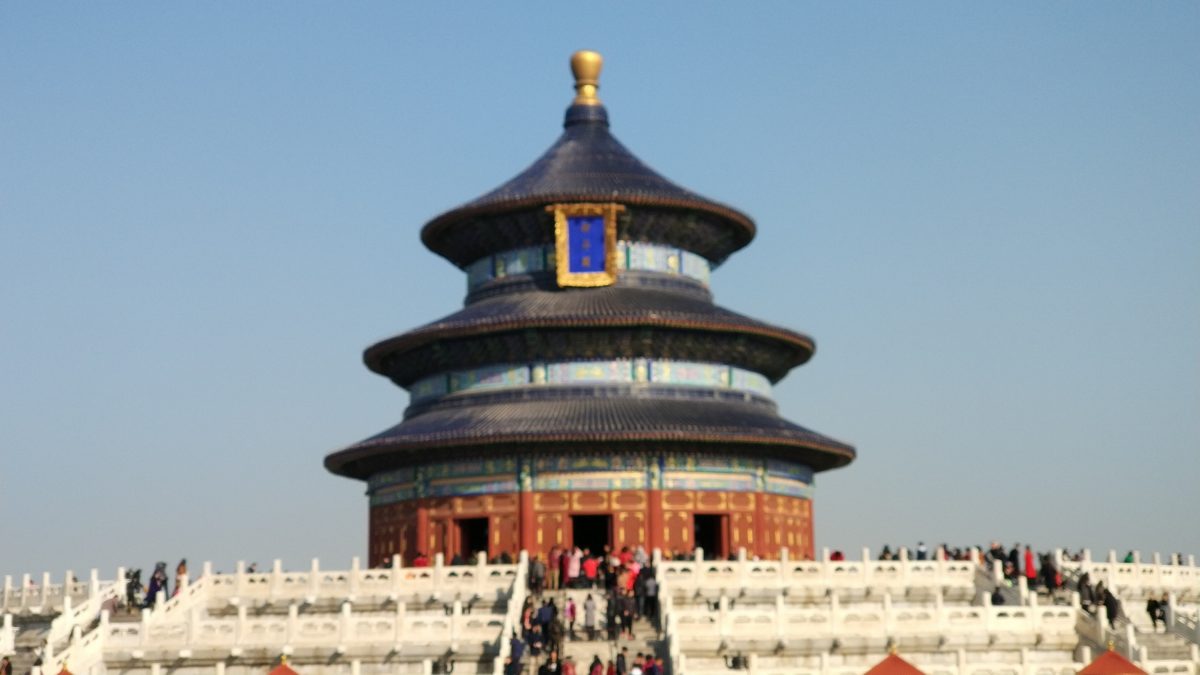 We started our morning first buying hats and scarves since Beijing feels colder than it actually is. From there we finally made our way to the Temple of Heaven. 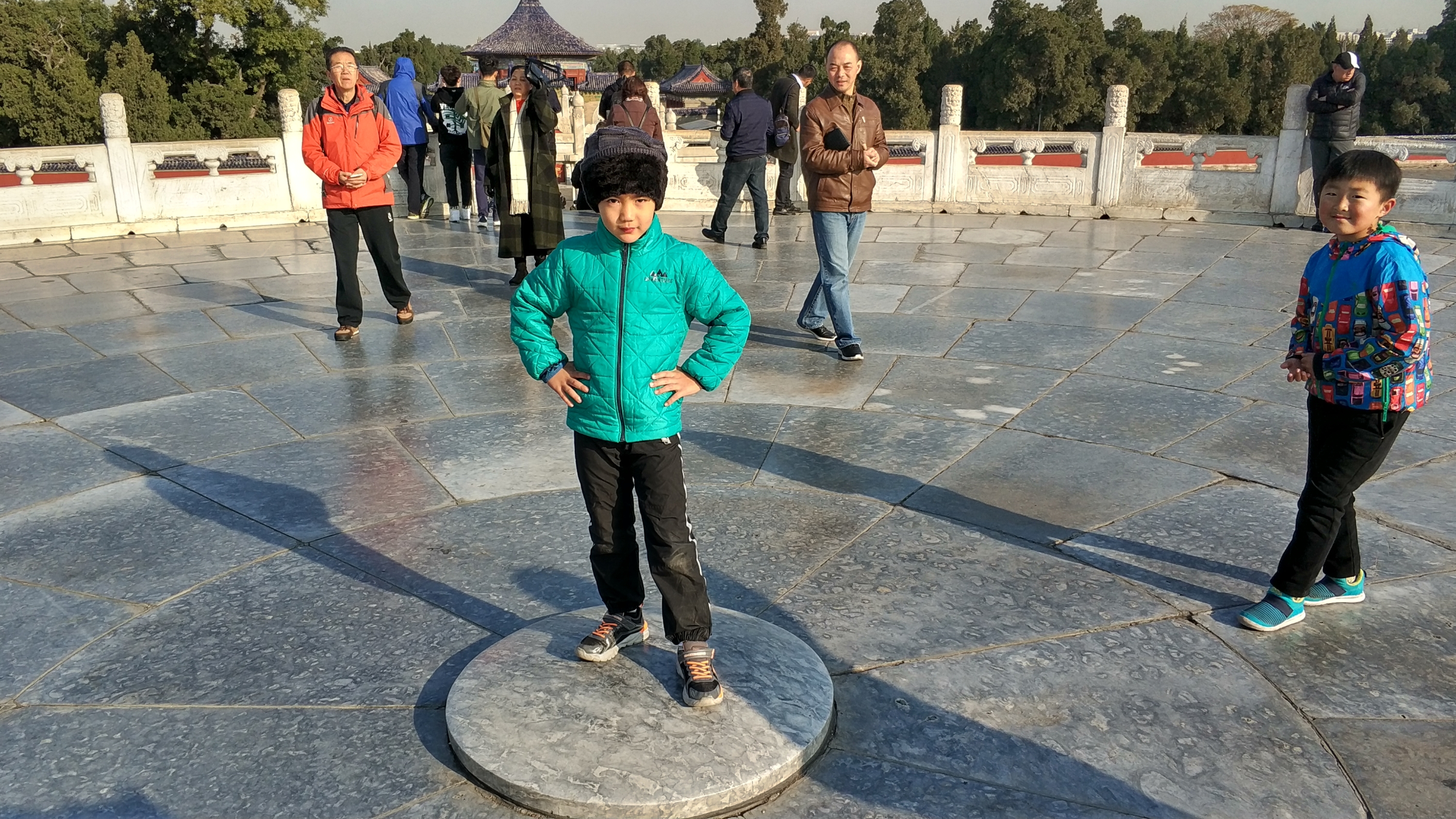 Tiantan, 天坛 or Temple of Heaven, was built in the very early 1400s by the Yongle Emperor, the same emperor who built the Forbidden City. Having been renovated several times over the centuries, it was almost completely destroyed by the British and French during the second Opium War. Today, it’s been rebuilt after years of neglect. And in 1998, UNESCO gave it World Heritage Site status, saying, “a masterpiece of architecture and landscape design which simply and graphically illustrates a cosmogony of great importance for the evolution of one of the world’s great civilizations…” But enough of Wikipedia… The map of the area is here. My boy isn’t covering up anything important. 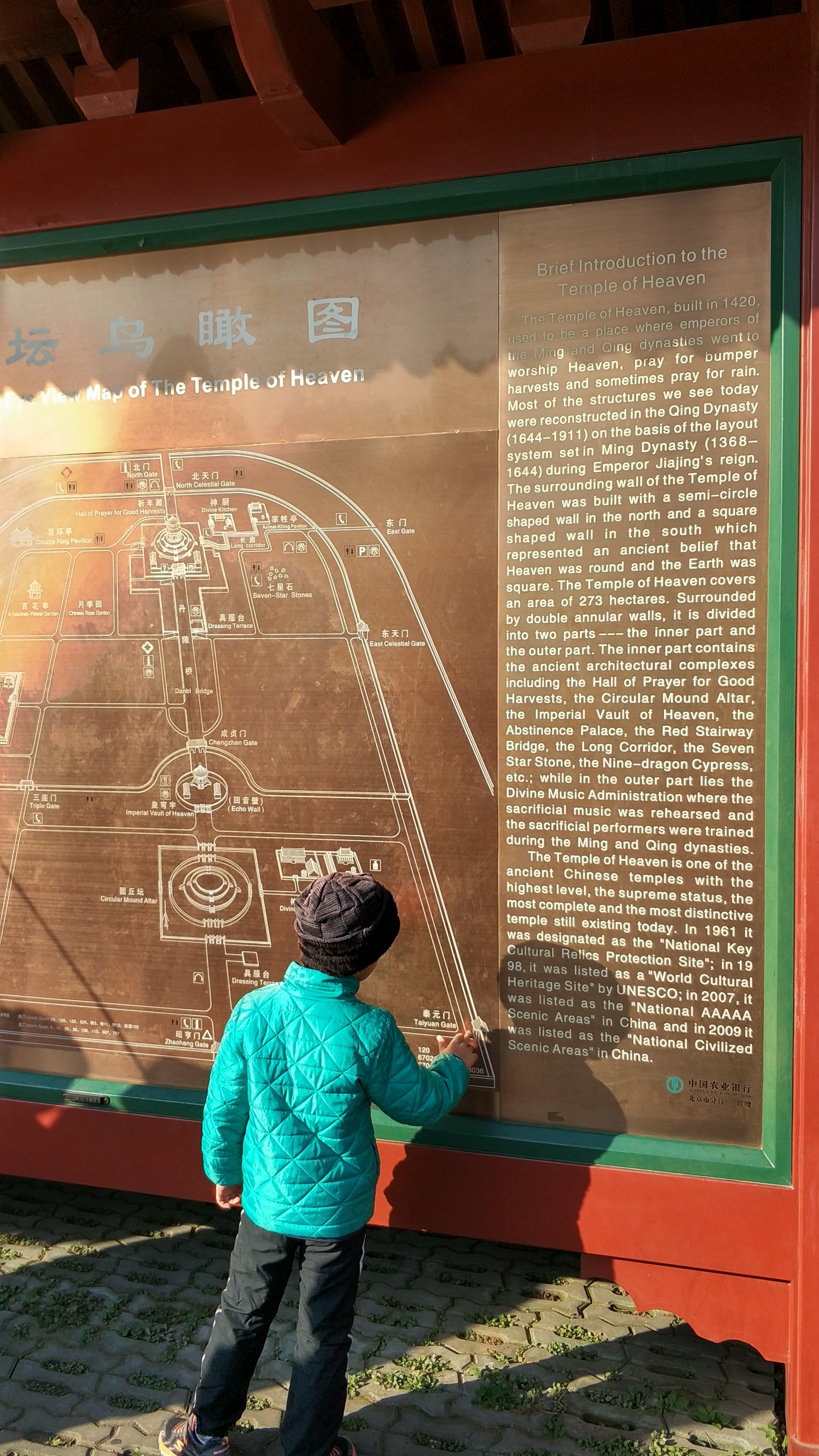 First stop was the Echo Wall. It didn’t seem to work too well this time, not like it did in 2002. 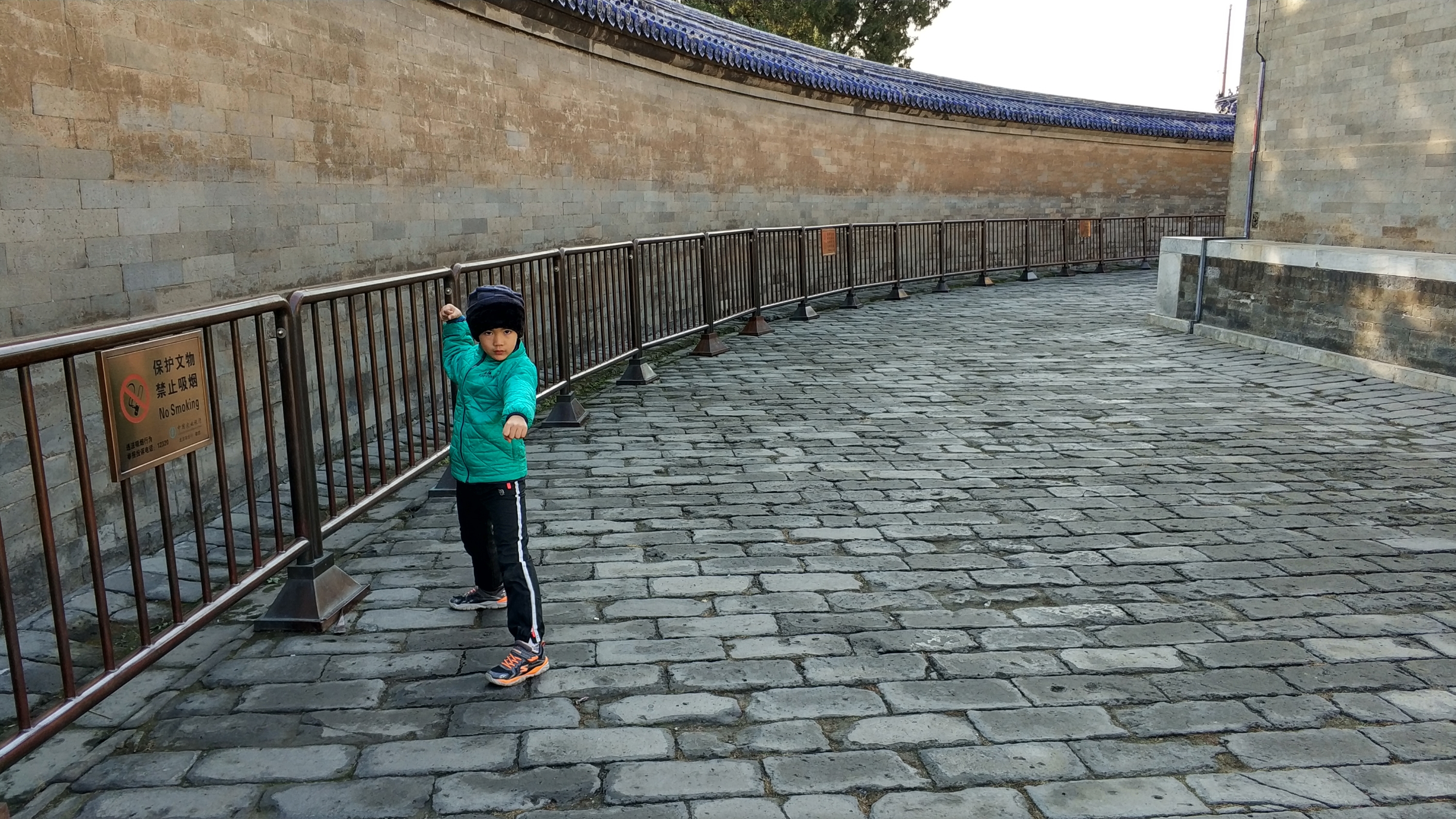 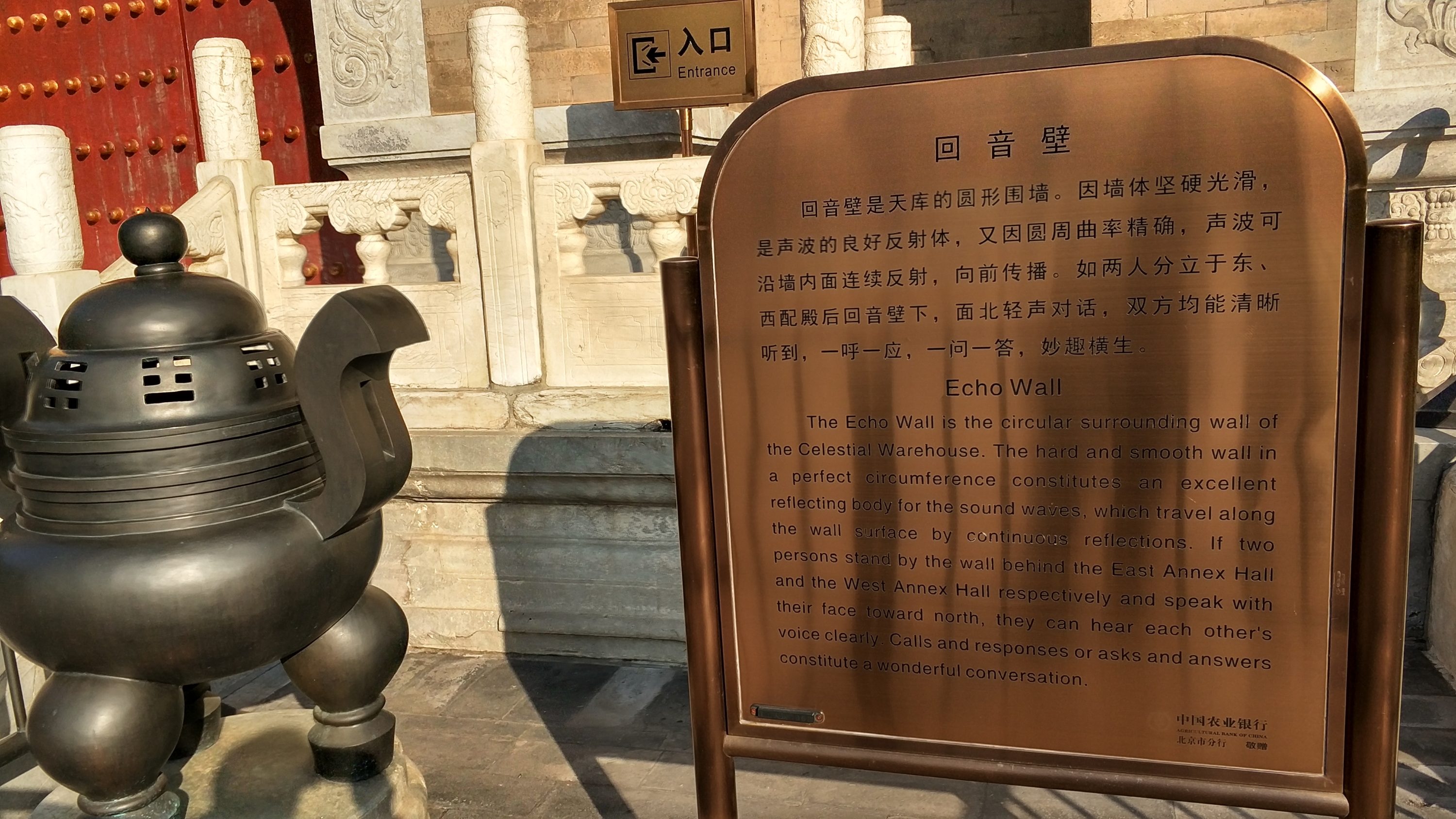 I hope it has nothing to do with these mindless peasants who thought they needed to add their names to the structure. This happens a lot in China. 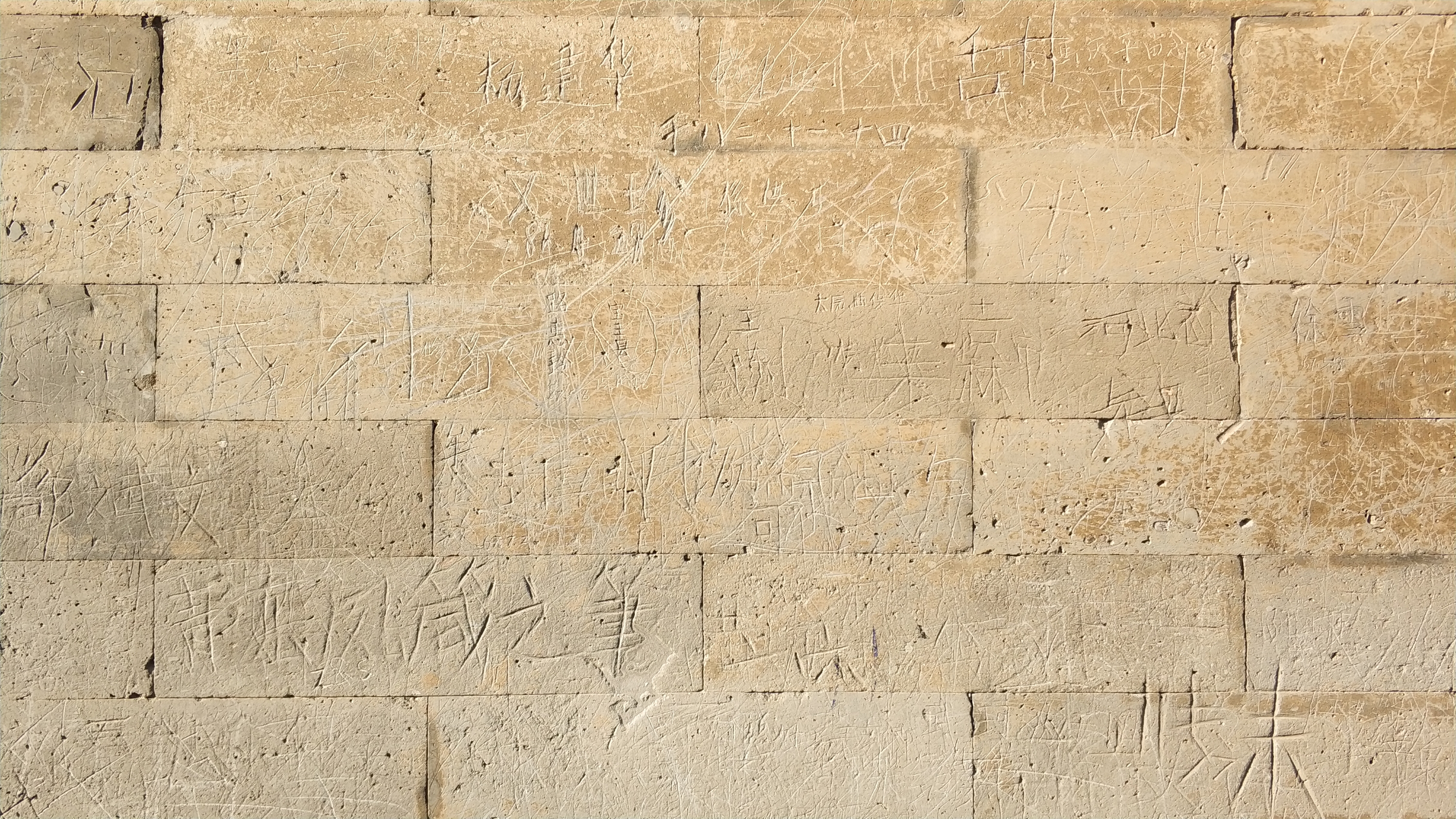 This first one is what’s called the Imperial Vault of Heaven. 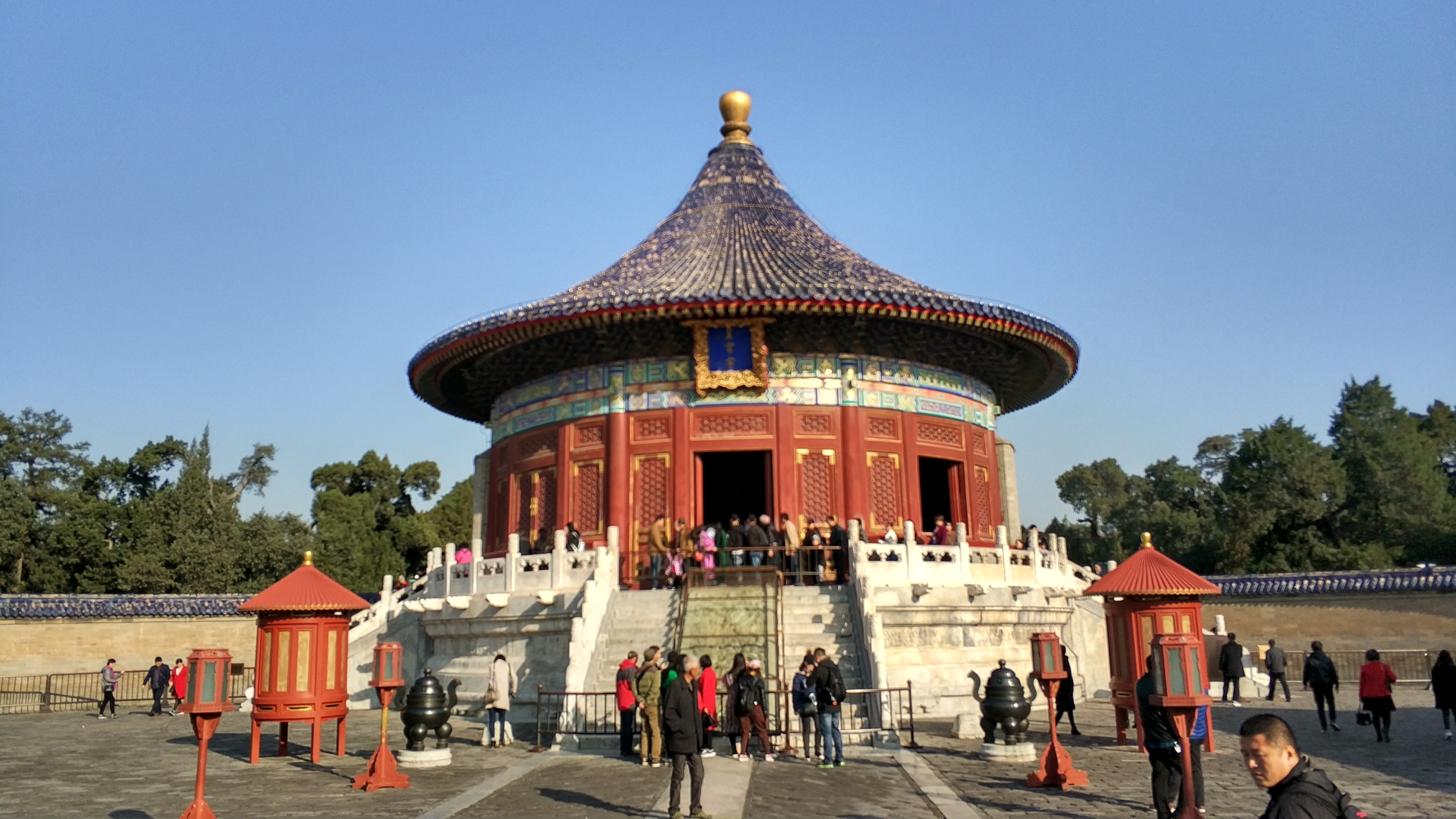 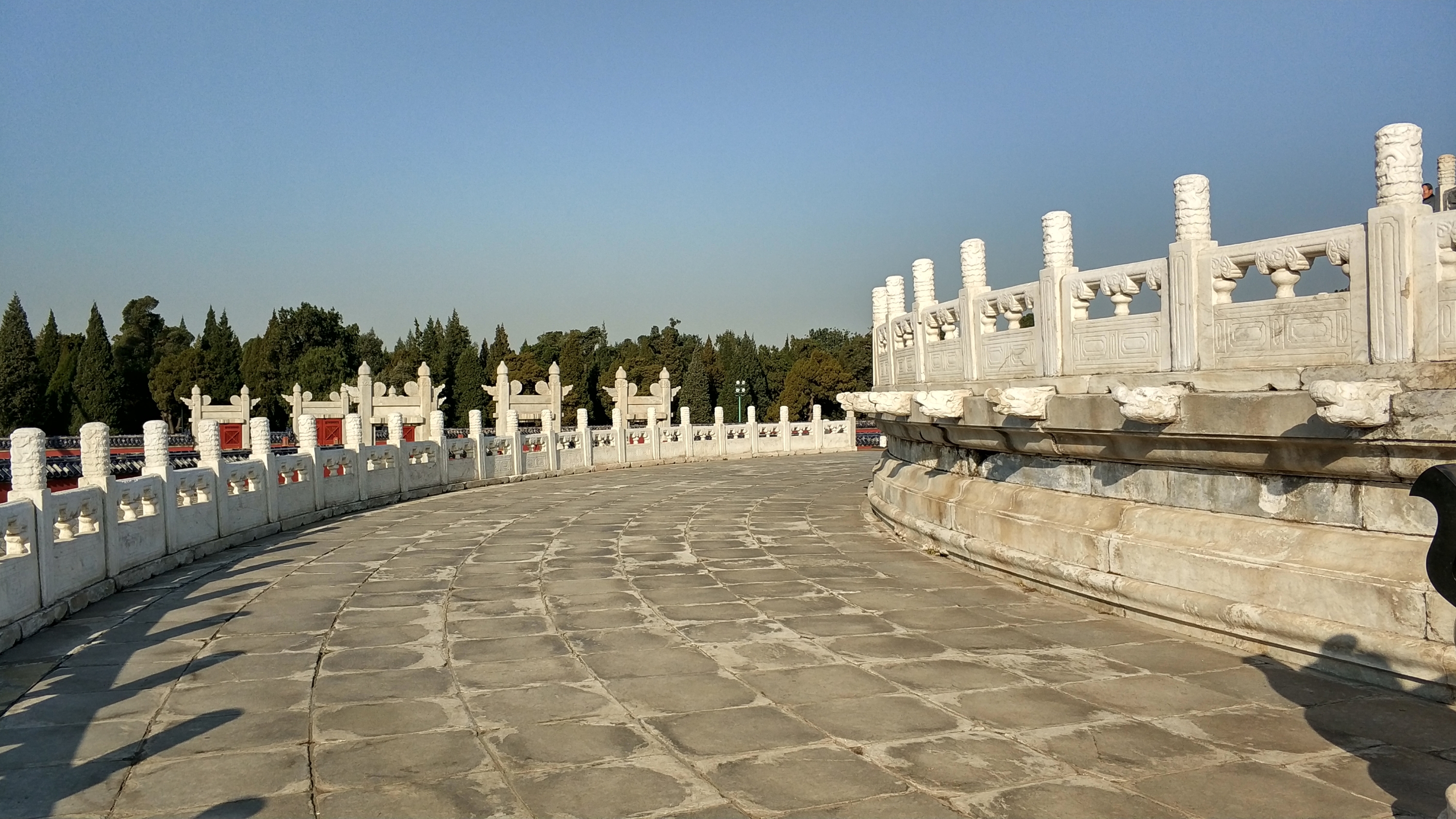 Cameron is standing on what’s called the “Heart of Heaven”. It’s hard getting a pic from there due to the fact everyone wants to stand on the heart. It brings good luck apparently. After a long walk, we came to the actual temple. 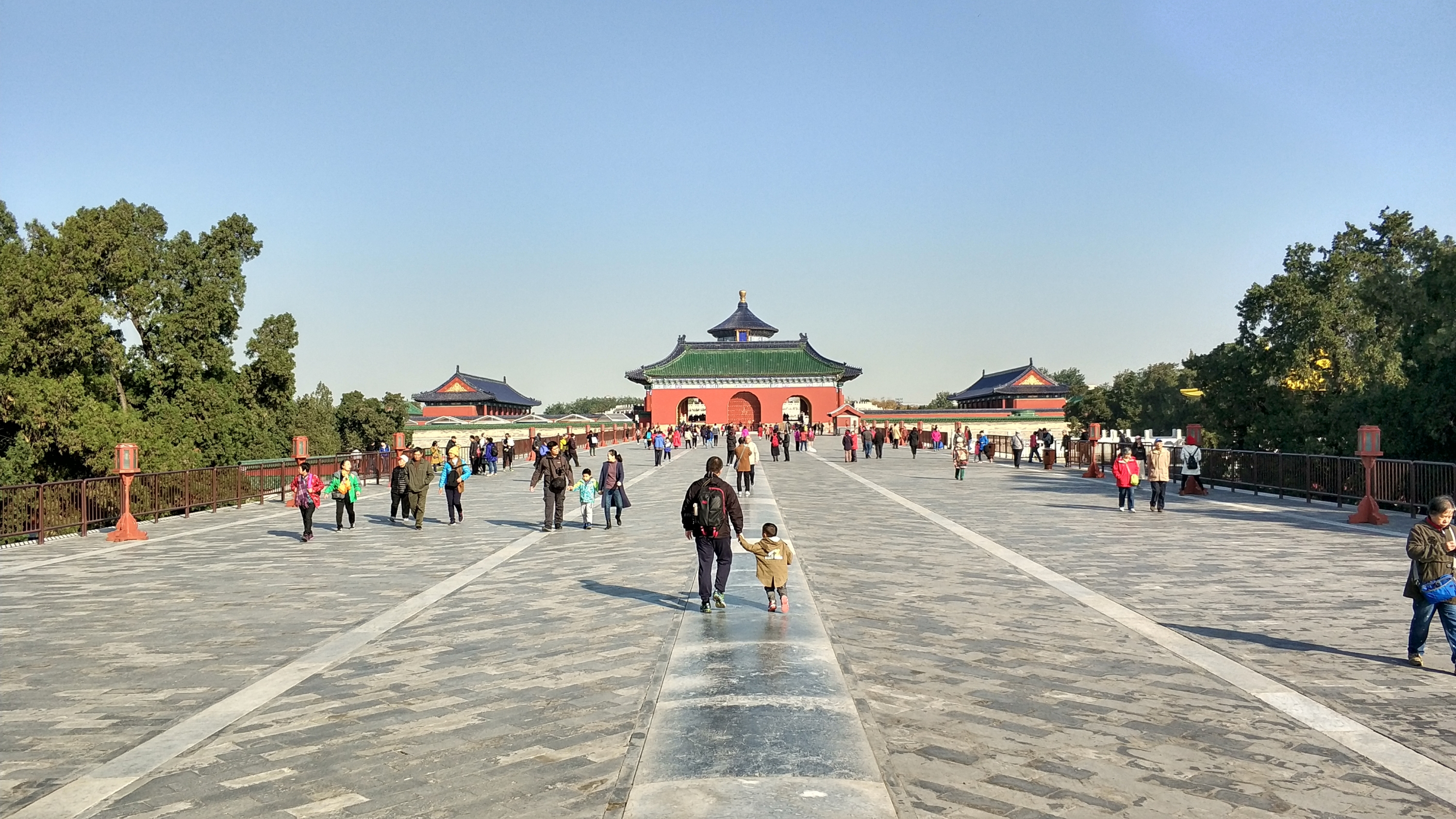 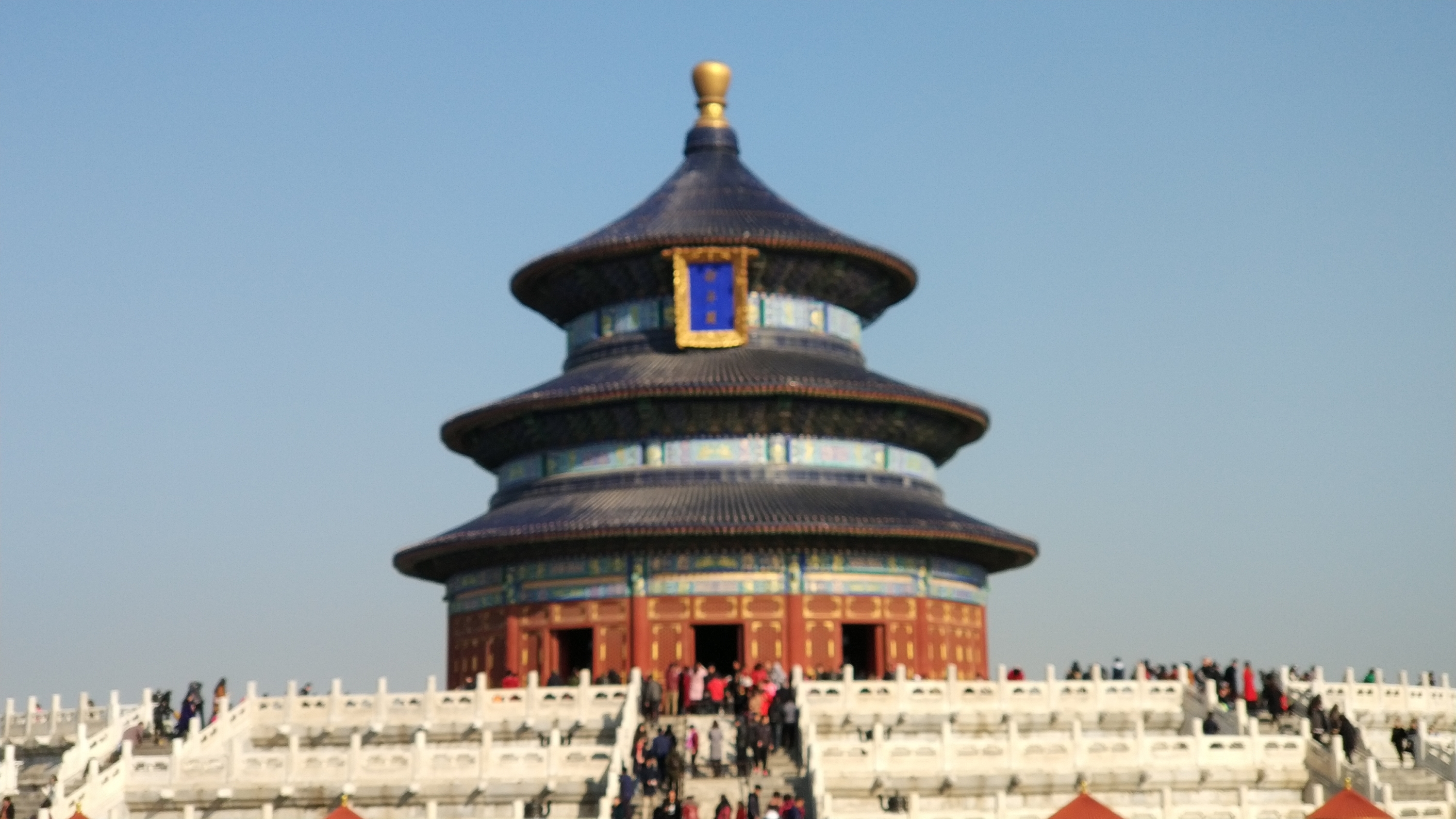 This part is known as “The Hall of Prayer for Good Harvests (祈年殿)“. You can guess what the emperor prayed for in this hall. You can read more about it on the plaque here. 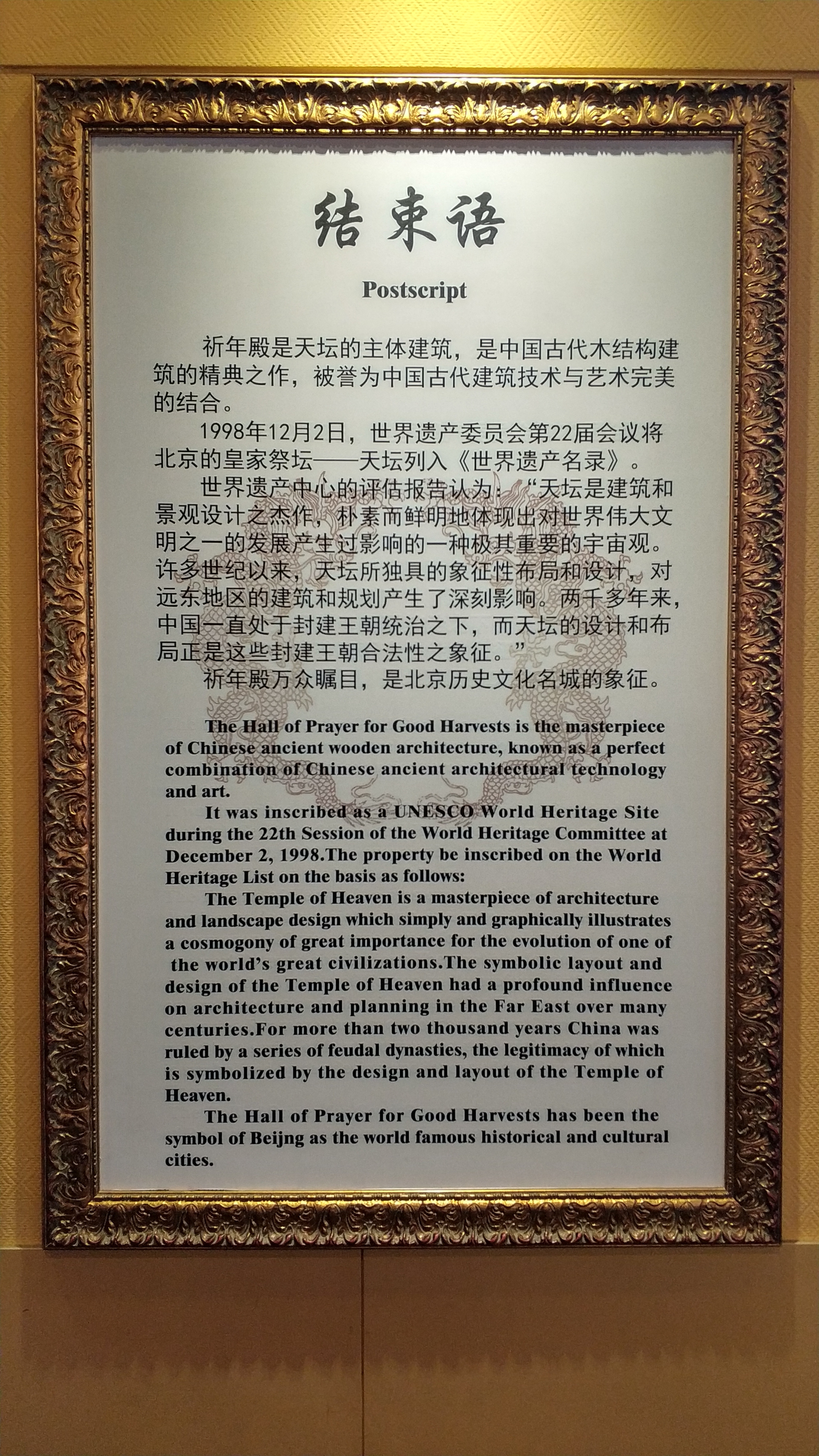 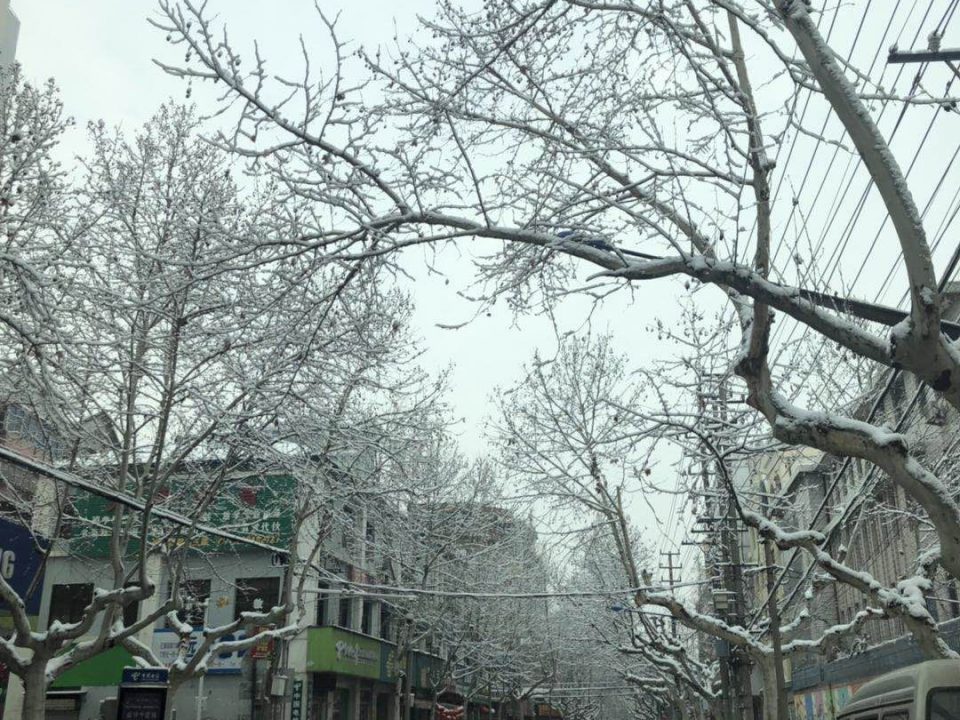